MOTLOT / Broccoli and Chicken Stuffed Peppers
Back To All Recipes 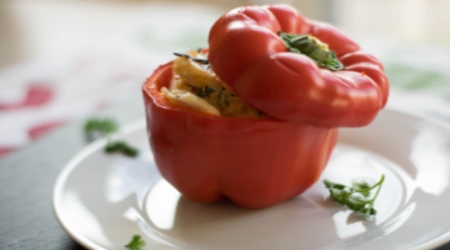 Mary-Beth says: “I am a huge fan of healthy-er dinners that can be pulled together ahead of time, popped into the oven, and on the table in record time. The peppers, nutrient dense on their own, take the role of carrying all other nutrients to you.”